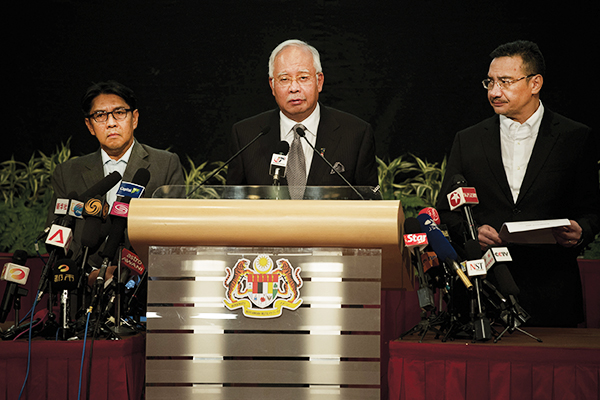 On March 24, Malaysian Prime Minister Najib Razak told the world that Malaysia Airlines Flight MH370, which vanished on March 8 with 239 onboard, had “ended” far off course in the southern Indian Ocean. He said search for the wreckage was continuing over an area of 1.6-million-square kilometers. Just hours earlier, the airline had texted families of the passengers on that ill-fated, Beijing-bound flight. “Malaysia Airlines deeply regrets that we have to assume beyond any reasonable doubt that MH370 has been lost and that none of those on board survived,” it said. “As you will hear in the next hour from Malaysia’s prime minister, we must now accept all evidence suggests the plane went down in the southern Indian Ocean.” In heartbreaking scenes outside the Malaysian Embassy, relatives of MH370’s Chinese passengers chanted “Liars!” and demanded proof of the flight’s final fate. The miracle that they, and the world, had prayed so fervently for never arrived.