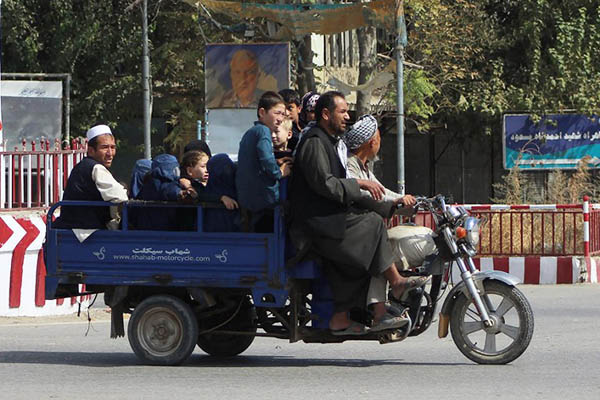 The number of war-displaced civilians in Kunduz has more than doubled to 24,000, the U.N. said on Sunday, as street battles persisted a week after the Taliban stormed into the northern Afghan city.

Terrified residents facing a growing humanitarian crisis have been fleeing explosions and gunfights to neighboring provinces of Balkh, Takhar, Baghlan and the capital Kabul. “Initial reports indicate that around 24,000 internally displaced persons” have fled Kunduz, the United Nations Office for the Coordination of Humanitarian Affairs said in a statement. “As assessments are ongoing and families are still on the move, this figure will almost certainly change.”

The U.N. had earlier said up to 10,000 people had fled the city, which briefly fell last year to the Taliban in a similar assault.

Kunduz residents have faced crippling shortages of food and medicine after the Taliban launched an all-out assault last Monday, capturing parts of the city. Afghan forces have struggled to flush them out of residential neighborhoods, with the government saying the clearance operation was being carefully conducted to prevent civilian casualties.

At least three civilians have been killed and more than 290 wounded, according to the Kunduz general hospital, but local residents say the actual toll is much higher. “Key parts of the city have been cleared, with 52 insurgents killed in the last 24 hours,” the interior ministry said on Sunday.

The Taliban attack on Afghanistan’s fifth largest city a year after insurgents overran it has raised serious concerns about the capacity of NATO-trained government forces to protect large urban centers. “Kunduz is a tragedy caused by the government’s failure to stop the Taliban from entering the city,” Kunduz M.P. Fatima Aziz told local TOLO TV. “If the senior officials of Kunduz had been held accountable last time we wouldn’t be facing this renewed crisis.”

U.S. forces are supporting Afghan troops in clearance operations inside Kunduz, with at least six airstrikes against Taliban positions since Thursday. “Military reinforcements have reached Kunduz, and the enemy will be defeated and punished,” President Ashraf Ghani said in a televised speech on Sunday.

After their assault on Kunduz, the Taliban have also attempted to overrun other provincial capitals, from Baghlan in the north to Farah in the west, but Afghan forces have managed to repel the attacks.

Afghanistan on Friday marked 15 years since the U.S. invasion of the country, which toppled the Taliban from power. The country has become Washington’s longest military intervention since Vietnam—and the most costly, now crossing $100 billion.