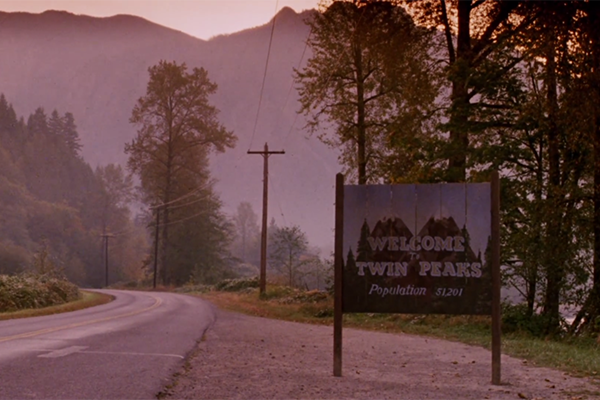 Nearly three decades after its debut, cult classic to return to airwaves with 18-episode third season

Little has emerged about the third season’s 18 episodes, the first of which will air Sunday evening on the cable network Showtime, which took the series over from ABC, home of the first two seasons.

Even most of the show’s actors are in the dark about all the details of the small-town drama’s revival—only Kyle MacLachlan, who returns in his role as FBI special agent Dale Cooper, was able to have a single read of the entire script.

Although viewers have known since the beginning of the second season who killed Laura Palmer—a high school student whose shocking murder launched the plot—an air of mystery lingers.

Most of the show’s original cast members have returned to reprise their characters’ roles nearly a quarter-century after the second season wrapped.

Director David Lynch, who co-created the early ‘90s series, also returned to direct the reboot of the cult series, his first major project since he directed the film Inland Empire 11 years ago. But no matter how the third season of Twin Peaks plays out, the show has already cemented its status as a TV masterpiece.

Contemporary to The Cosby Show and Roseanne, Twin Peaks emerged as unclassifiable—a series whose narrative style, rhythm and music took a striking departure from standard TV fare toward a more cinematic feel.

“You felt like watching a movie, but a movie that went on for hours and hours,” Lindelof said.

Neither soap opera nor crime series—but simultaneously a bit of both—the show defied all labels, adding to its recipe for success a pinch of the supernatural.

Madchen Amick, who plays the waitress Shelly Johnson, told the magazine Entertainment Weekly that the show “gave the audience what they were craving, which was intelligence and mystery and something different.”

The enigmatic series deliberately left gray areas when traditional television took pains to avoid them. Each episode lasted about an hour, “but it actually necessitated discussion following it,” Lindelof said.

The show quickly gained a loyal fan base, which has grown decades later thanks to a new generation of devotees who took to binge-watching episodes.

For MacLachlan, “the fans kept the memory alive and they’re about to be rewarded.”

“I hope that they’re going to be happy with what we’ve done.”

When the actor went to work on other shows—including the hits Desperate Housewives and Sex and the City—he said writers would often come to him to sing the praises of Twin Peaks. “The writers would say to me: ‘I didn’t really think it was possible to do this, but because of Twin Peaks, suddenly I felt empowered, this is my vision.’”

But Gary Edgerton, a television expert at Butler University, said that while the show was in some ways “unlike anything that had been on television before,” the influence of shows like The Sopranos was “even more significant.”

“The idea of cinematic television really found its footing and became much more realized when the emphasis went away from broadcast networks and went into the cable and satellite sector,” Edgerton said. There, he said, “audiences were relatively smaller, although still substantial, and the show runners had great ambitions in realizing television as art. But the question is, would we necessarily have had a Sopranos on television if we didn’t have Twin Peaks?”

Curtains for ‘The Big Bang Theory’