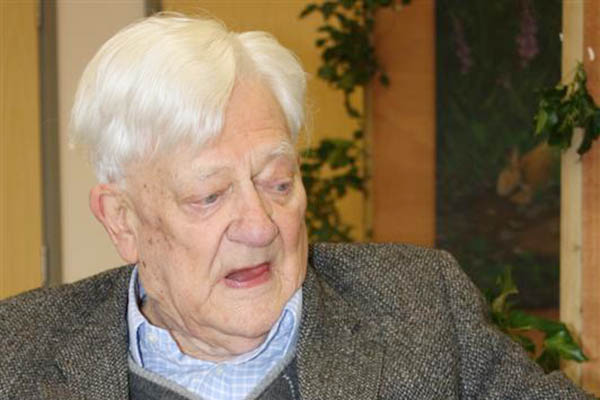 British author Richard Adams, who penned the tear-jerking classic novel Watership Down about a community of rabbits, has died at the age of 96, a statement on the book’s website said on Tuesday.

“Richard’s much-loved family announce with sadness that their dear father, grandfather and great-grandfather passed away peacefully at 10 p.m. on Christmas Eve,” the statement said.

The popular book is about a group of rabbits searching for a new home after the destruction of their warren, encountering perils along the way. The book, his first novel, was published in 1972, made into an animated film in 1978 and later into a television series which ran from 1999 to 2001.

A new series set to air in 2017 was announced by the BBC and Netflix earlier this year.

The book has sold tens of millions of copies worldwide and is taught in British schools.

Adams told an interviewer that the book started out as a story he told his two young daughters during a long car journey and it is dedicated to them. He even created “Lapine,” a fictional language, for it.

Adams, the son of a country doctor, grew up near Watership Down, a hill in Hampshire in southern England before attending Oxford University, then joining the army and eventually the civil service. It was during his years as a British official working on environmental issues that he began writing fiction about the English countryside in his spare time before turning it into a full-time occupation.

“Very saddened to hear that Richard Adams has passed. His books will be cherished for years to come,” Oneworld Publications, which brought out a new edition of Watership Down this year, said in a tweet. Adams also wrote Shardik and The Plague Dogs.

Watership Down was initially rejected by publishers concerned that its dark themes would not be appropriate for younger children, while older ones would not want to read a book about rabbits. “Adams has a poetic eye and a gift for storytelling which will speak to readers of all ages for many years to come,” read a review from the Sunday Times published on the book’s website watership-down.com. The New York Times Book Review called it: “A powerful new vision of the great chain of being.”

In 1996, Adams published a sequel entitled Tales of Watership Down, a collection of 19 short stories that followed the lives of some of the characters. Adams spent his final years with his wife at their home in Whitchurch, a few miles from Watership Down.