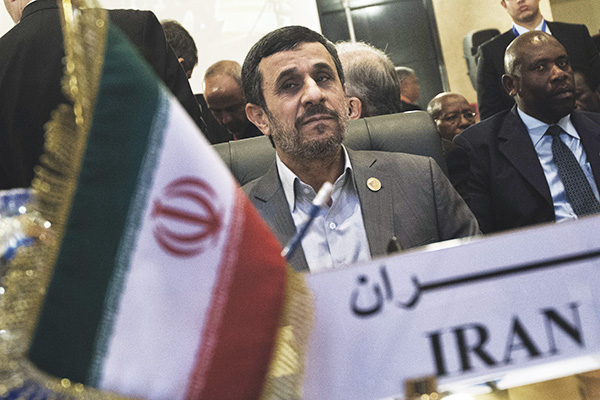 If you’re in your 20s and you think you’ve got, like, a decade before you have to get serious about your future, you’d better think again. Meg Jay, a clinical psychologist at the University of Virginia, is reaching out to that drifting generation of young Americans who imagine they can take a sort of decade-long gap year. In her book The Defining Decade and in a recent TED Talk, Jay argues that 30 is definitely not the new 20. All sorts of clocks are ticking, and 20-somethings may wake up to discover they are 30-nothings if they haven’t built up decent foundations in work and relationships. Jay warns that people who “huddle together with likeminded peers limit who they know, what they know, how they think, how they speak, and where they work.” You’ve got to be open to strangers and strangeness, and paradoxically the online world can make that less likely, not more—something that’s the subject of another TED Talk by Maria Bezaitis of Intel. Jay says being in your 20s is like taking off in an airplane for a long-haul flight: just a little course correction in the beginning can make the difference between heading for Alaska or landing in Tahiti.

The software flaws that allow hackers to penetrate, manipulate, exploit, and sabotage computer systems are called “back doors.” Closing them is vital to any consumer’s security, which is why so many notices pop up on our screens about critical software updates. But keeping those doors open is vital to cyber warfare, which the United States is determined to dominate. So there is a paradox: Do you protect the public by fixing the flaws when you find them? Or do you try to keep them secret so you can use them against your enemies? When the Americans and Israelis developed the fearsome Stuxnet worm to disrupt Iran’s nuclear program, they used a back door in Microsoft Windows. Of course they hadn’t mentioned it to Microsoft. In recent years, as the potential value of these hidden flaws has become clear, hacker-entrepreneurs have set up businesses that sell them to the highest bidder, which opens a whole new can of worms, as it were. Ryan Ellis at the Kennedy School’s Belfer Center says the government has to focus on this problem; the nation’s infrastructure is at risk. “There’s a lot of work to be done,” he says, and in cyberwar a good offense is not always the best defense.

Science and mysticism converge around the sacred lotus plant, Nelumbo nucifera. The beautiful flower afloat on ponds throughout Asia (not to be confused with waterlilies) has been cultivated in China for at least 4,000 years. It looms large in both Buddhist and Hindu art. Its various parts are used in exotic cuisine, herbal teas, and traditional medicines. Lotus leaves repel dirt and water. Its flowers generate heat. Its fruit is covered with antibiotics. And now scientists from UCLA and their colleagues in China have sequenced the sacred lotus genome. Their interest sprang from the discovery in the 1990s that centuries-old lotus seeds could still germinate, and some are alive after 1,300 years. Jane Shen-Miller, coauthor of the study published earlier this month, says there are lessons to be learned that could be important for the longevity of other plants, but also, eventually, for humans. “If our genes could repair disease as well as the lotus’s genes, we would have healthier aging,” she said. “We need to learn about its repair mechanisms and about its biochemical, physiological, and molecular properties, but the lotus genome is now open to everybody.”

A Climate of Agreement

In the not-too-distant past, the tobacco industry funded scientists who raised the shadow of a doubt that the shadows on people’s lungs were cancers caused by smoking. There were other causes, they said. And many people who wanted to believe them did, kept smoking, and died. Today those who don’t want to believe that climate change is caused by human activities keep saying there’s no consensus among scientists. Well, that’s just not true. It’s been proven again and again that a great majority of scientists have concluded there is a causal connection between human activity and global warming. Now the journal Environmental Research Letters has published a careful new study of thousands of peer-reviewed papers showing that when scientists take a position on the issue, a full 97 percent blame human causes. This is important because press reports that cite doubters representing “the other side of the question,” without saying how minuscule the proportion, have convinced the public there’s an even split. There are many issues on which scientists really do disagree, like the specific link, or lack of it, between global warming and killer tornadoes. But about the general cause of the warming itself, there’s barely any dissent at all.

Getting Fit In Seven Minutes

Time and money, when they’re short, tend to translate into fat and decay. So for these hard times, fitness experts Brett Klika and Chris Jordan distilled decades of research about what’s called high-intensity circuit training into a seven-minute workout. Because it uses no equipment, only your body weight, the wall, and a chair, it’s especially attractive for those who don’t want to spend on a gym. And, yes, it is effective. (How do I know? I’ve been doing it for a week, and if pain is a measure of progress, then my agony is ecstasy. I’ve also shed a couple of pounds.) When The New York Times picked up on the authors’ paper in the American College of Sports Medicine’s Health and Fitness Journal earlier this month, the workout went viral. There are 12 exercises of 30 seconds each with 10 seconds in between: jumping jacks, wall sit, push-ups, crunches, chair steps, squats, dips, plank, running in place, lunges, push-ups plus rotation, and side planks. (I ache just writing this.) But that’s only one version, and Klika and Jordan say you can also repeat the routine two or three times in a row. Fortunately, I don’t have that much time.