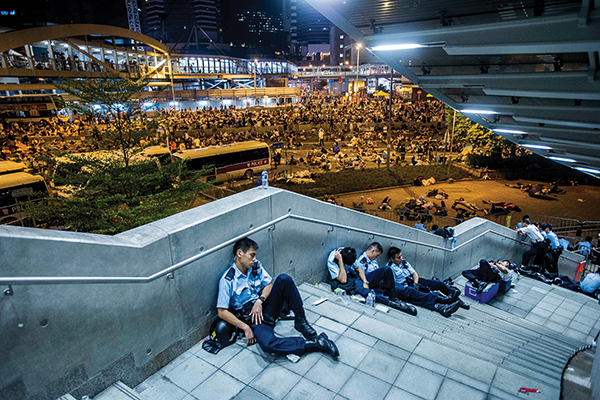 In August, China offered Hong Kong’s islanders its version of democracy: Hong Kong can elect its own chief executive in 2017, but only from the three candidates shortlisted by Beijing. The winner would then also require Beijing’s formal approval. The Hong Kong Federation of Students and the Scholarism student activist group, considered “extremist” by Beijing, are having none of it. Their protests against made-in-China “fake democracy” show no sign of letting up. On Sept. 26, protesters forcibly occupied the front plaza of the Central Government Complex, which has been closed to the public since July. The next day, police aimed tear gas and water cannons at the protesters (who used umbrellas to shield themselves) and even briefly detained some protest leaders. This made matters worse. The Umbrella Revolution soon spread to other parts of the island. If China remains equally adamant, the protests it views as a trickle could become an undeniable torrent.