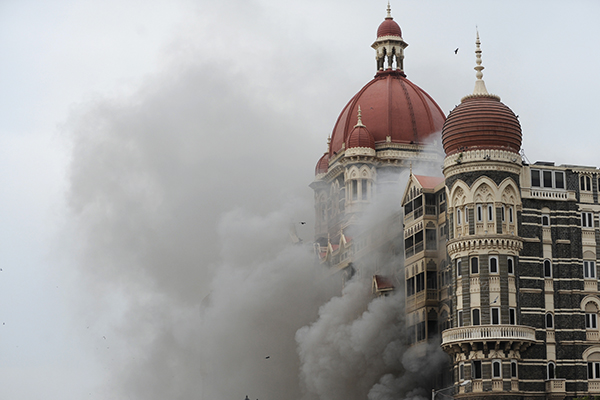 An Indian official’s claims that the 2001 attack on the Indian Parliament and the 2008 Mumbai attacks were both orchestrated by New Delhi to malign Pakistan and shore up counterterrorism legislation has the Indian and Pakistani media at war. It started with a letter to India’s Ministry of Urban Development by former undersecretary to the Indian home ministry, R. V. S. Mani, claiming that Satish Verma, an Indian police officer, had claimed that the Indian government staged both attacks. According to Verma, the government used the 2001 attack to enact the Prevention of Terrorism Act, 2002, and employed the 2008 attacks to amend the Unlawful Activities (Prevention) Act. Giving apparent credence to the fresh claims are revelations from two years ago that a Hindu fundamentalist group staged the 2007 Samjhota Express attack, originally attributed to Pakistani militants. Also being cited as proof of Indian perfidy by Pakistani talking heads is an interrogation with Mumbai attacker Ajmal Kasab shortly after his arrest. Leaked to the media several years ago, the footage has Kasab appealing to “Bhagwan”—an unlikely choice for a Pakistani Muslim. In India, Verma is being targeted as an isolated conspiracy theorist and terrorist sympathizer. Of course, the narrative is markedly different in Pakistan, where cable talk-show hosts have been inviting Indian journalists on air only to tear into them.