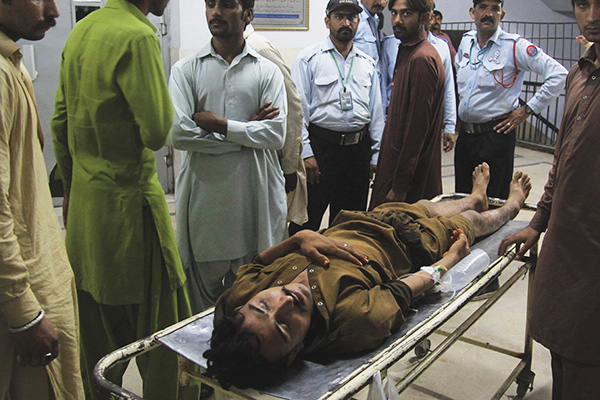 The turnout at Pakistan Tehreek-e-Insaf’s Oct. 10 antigovernment rally in Multan was impressive. But what had everyone talking instead was the stampede there that killed at least seven supporters and injured dozens more. Worse, footage from the event shows the PTI leadership seemingly oblivious to calls for help from their own worried workers: party chief Imran Khan carried on with his speech despite an unconscious man being lifted onto the stage a few feet from him, and vice chairman Shah Mehmood Qureshi dismissed exhortations for an ambulance. The party is blaming the deaths on a “conspiracy” hatched by the government. This seems farfetched. The PTI, a party in a rush to rule Pakistan, has had event-management disasters before. Last year, mismanagement at a Lahore election rally nearly killed Khan.