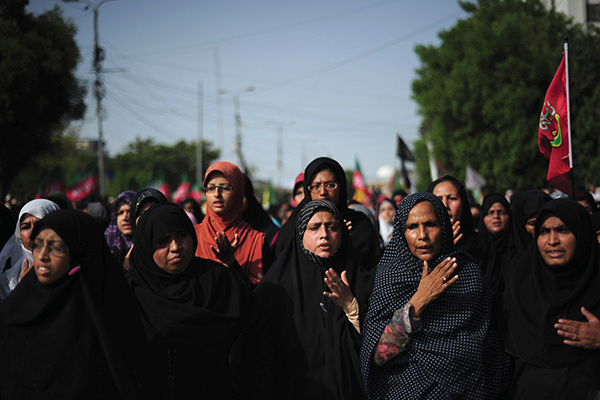 You can’t accuse Pakistanis of not caring. The shelling of a holy shrine in Syria, the incarceration of Muslim Brotherhood officials in Egypt, and the alleged desecration of the Quran in India-administered Kashmir brought hundreds out into the streets in cities across Pakistan over the last week. Protests against the destruction of the tomb of Hazrat Zainab, granddaughter of Islam’s Prophet, heaped scorn on the U.S. and demanded that clerics issue fatwas against the targeting of holy sites. Separately, Pakistan’s Jamaat-e-Islami, which is ideologically linked to the Muslim Brotherhood, protested against the overthrow of Egyptian president Mohamed Morsi. And as India clamped down on the Internet and imposed curfews to thwart protests, which have left at least four dead in Kashmir over the desecration of the Quran, Jamat-ud-Dawah, which is affiliated with the militant Lashkar-e-Taiba, rallied to demand justice for Kashmiri Muslims and death to India.